We are trusted by: 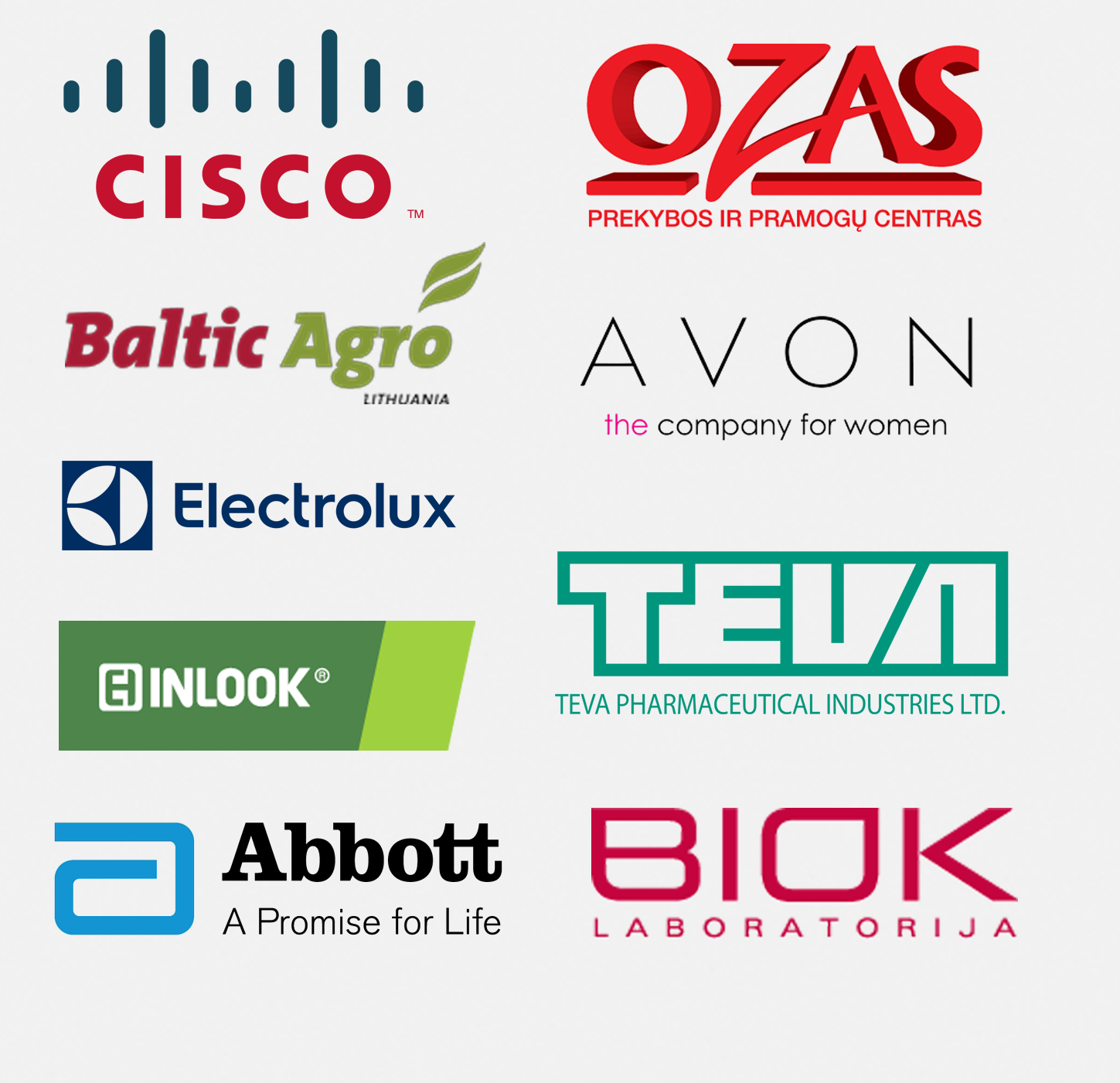 ADVANTUS is an enterprise providing personnel services for businesses.

Our mission – to serve as a bridge that operatively connects employers and those who wish to work, together.

This mission is implemented in many ways. After discussing your company’s needs, we select and provide individual services or a multi-solution – a combination of personnel services from our service list. In this way we optimize the costs of your personnel management.

ADVANTUS operations and sales are increasing each year from its establishment in 2007. In 2016, JSC “Advantus” sales have peaked over 3.8 million euros. Currently there are four ADVANTUS branches in the major cities of Lithuania: Vilnius, Kaunas, Klaipėda and Panevėžys.

ADVANTUS provides the following services in the Baltic region:

ADVANTUS has solid experience in the selection of high and mid-level executives, managers and specialists (technicians, engineers, financiers and trade specialists), as well as personnel of all levels (including highly-skilled and unskilled workers).

Advantus personnel database is ever expanding. New entries are constantly added by candidates seeking long-term work as well as those working in Advantus as temporary personnel, of whom Advantus employs several thousand a year in Lithuania alone. Therefore, resumes contained within the Advantus database are supplemented with valuable practical feedback regarding the quality of work when working for our customers.

The ADVANTUS team was formed in 2005 in Vilnius during the establishment of JSC ADECCO – a company belonging to the global personnel solutions leader ADECCO (www.adecco.com) group. In the spring of 2007, ADECCO group, having decided to continue expanding their influence in the market of Baltic countries through local partners rather than their own companies, withdrew and JSC ADECCO team became the staff of JSC ADVANTUS and continued with the same activities.
History of Development: